We'll be CLOSED for the July 4th holiday. SAVE 10% Sitewide. Click for code »

To learn how to enter our Car of the Month drawing, click here. 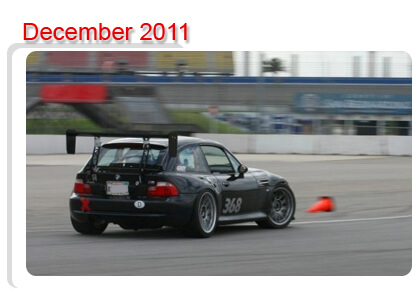 Lawrence says “The rear end is much more planted compared to the worn stock bushings. No more floaty feel!” 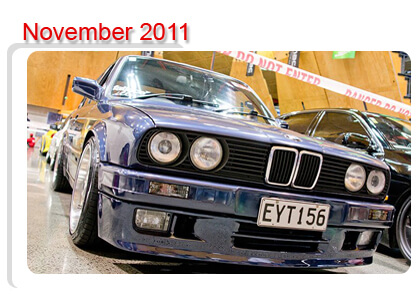 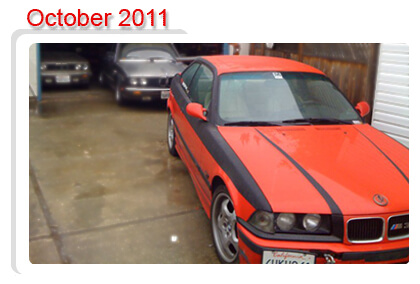 Art says “I opted to replace the motor and transmission mounts with the AKG aluminum set. After replacing many of the drivetrain components, I can say it was well worth taking a chance to purchase them. It’s hard to explain, but I feel that the M3 will come back to center exiting a corner a little faster than I am used to. But the sound that’s transferred into the cabin is excellent, bringing me closer to the experience of driving my car is what it’s about. Epic win.”

Jean says “AKG Engine and Transmission mounts are keeping the drivetrain in place, the stock mounts would only last 2-3 months before failing! The shifter bushings replaced the stock OEM bushings to keep the shifter play at minimum.”

Jerime says “The AKG 90a’s are absolutely silent. After having my entire rear end welded up and new bushings, it feels like a whole new car. It feels like I’m putting down more power to the ground simply because there is no rear end dumping when I gun it. A lot more confidence taking turns knowing my rear end wont throw out any moment.”

Mario says “Great quality product, easy to find and navigate the website with installation pictures. The best is the improvement on the car handling.”

Evan says “…the addition of AKG 95A Rear Subframe Bushings really tightened the rear of the car up. Couple this with the 3.46 limited slip differential that I hand-built and installed in the car and it is a blast to drive. AKG you have won my business.”

Don says “The car is very tight now and is stuck to the track.”

BJ says “It installed very easy and has withstood 3 years of autocross and DE abuse!”

Brad says “These AKG Motorsport parts are top quality and have provided excellent reinforcement to the suspension components – and the assistance on the website was a great guide for their installation.”[/row] [row]

Austin says “I just put them on and the car drives amazing!”

Don says “The front control arm bushings have vastly improved the front end feel of the car under hard cornering and initial turn in. Will definitely be buying AKG’s Subframe Bushings, Differential Support Bushings and Stage 2/3 Short Shifter during this winter’s restoration of the rear end.”[/row]

We’re accepting submissions for January Car of the Month, so submit your car now!

Manufacturing parts is only half of the fun. The other half is seeing the cars our parts go into! Car of the Month is our way of showcasing our customers’ cars on our website, which we hope in turn will give inspiration to others. Not only could your car be featured on our website, but you could also receive a gift certificate towards your next AKG purchase.

Each month, we will randomly select a car from those submitted to us, and showcase their car on our website.

How to submit your car

It’s simple, as long as you’ve purchased at least one AKG product for your car. Just follow the steps below.

1) Make sure you are following us on Twitter and are a fan of AKG on Facebook. This is how you may submit your car, and these will also be the first places the Car of the Month winner will announced.

2) Submit a picture of your car via either Twitter or Facebook. Prefer to submit via email? Email your submission to[email protected].

3) List which AKG parts have been installed on your car

4) Submit your first name and last initial, make model and year, and your location.

Note: By submitting to Car of the Month, you give us permission to use your photos and submitted text on our website and social media sites.

Our performance parts are proudly made in Illinois, USA and used in over 60 countries worldwide.

How Are We Doing?

This website uses cookies to improve your experience while you navigate through the website. Out of these cookies, the cookies that are categorized as necessary are stored on your browser as they are essential for the working of basic functionalities of the website. We also use third-party cookies that help us analyze and understand how you use this website. These cookies will be stored in your browser only with your consent. You also have the option to opt-out of these cookies. But opting out of some of these cookies may have an effect on your browsing experience.
Necessary Always Enabled
Necessary cookies are absolutely essential for the website to function properly. This category only includes cookies that ensures basic functionalities and security features of the website. These cookies do not store any personal information.
Non-necessary
Any cookies that may not be particularly necessary for the website to function and is used specifically to collect user personal data via analytics, ads, other embedded contents are termed as non-necessary cookies. It is mandatory to procure user consent prior to running these cookies on your website.
SAVE & ACCEPT